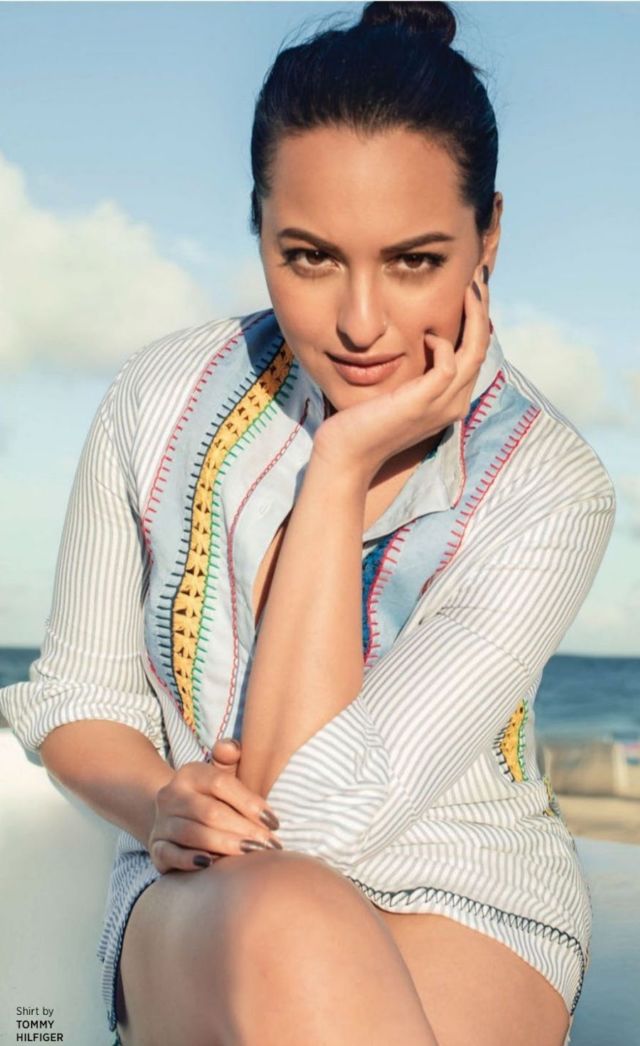 Dabanng girl Sonakshi Sinha is a on a new high ever since her powerful Akira trailer has been released. And now, Sonakshi has featured as the cover girl for a leading magazine Man’s World India and she is absolutely slaying it in her new avatar. She is all suited up in “legendary” Miami as she recently graced the cover of the magazine.

The 29-year-old actress took to her Twitter handle to share the news along with the her cover picture.

Eiza Gonzalez Going Out For Dinner In Los Angeles

Ashley Benson Out And About Candids In Los Angeles

Hayden Panettiere Candids In Jeans Out In Beverly Hills

Alessandra Ambrosio Arrives For A Private Workout In West Hollywood

15 Heartwarming Wedding Pictures Of Brides And Their Dads

5 Safe Tips For Eating Out In This Pandemic