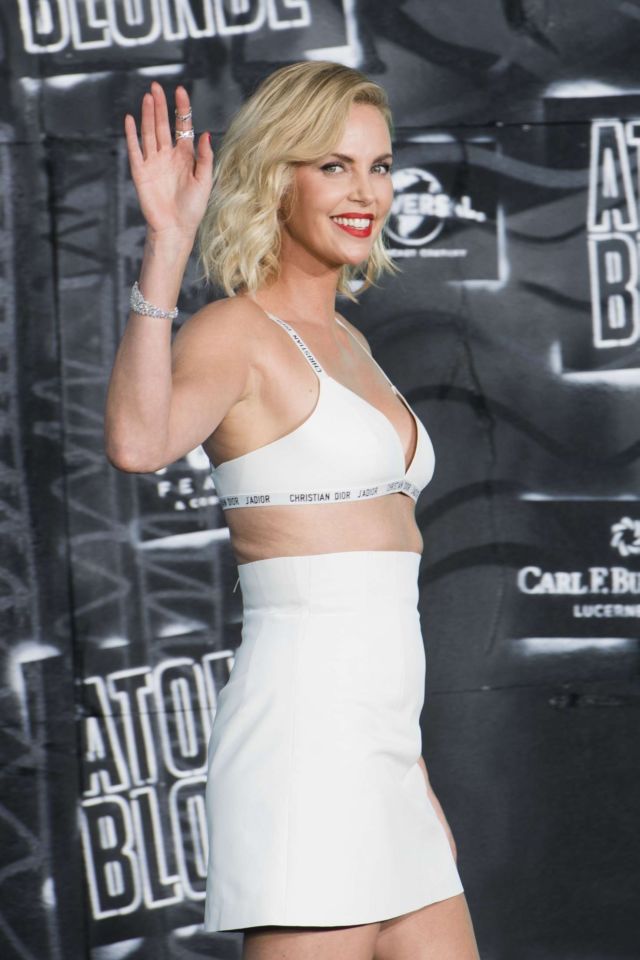 Considering the types of roles she takes on, it seems safe to say there’s not much that Charlize Theron is afraid of. The actress has proved time and again she has no qualms with majorly altering her appearance for a role, whether it’s gaining 35 pounds for her part in Tully and her Oscar-winning turn in Monster, or shaving off all her hair for her part in Mad Max. But her latest role in the action film Atomic Blonde might just be her most daring yet, doing all her own stunts and even accidentally cracking her teeth from clenching her jaw too hard. So naturally, when it comes to dressing for red carpets to promote the film, Charlize has been going for suitably edgy outfits, like her latest which is really little more than a simple bra and slip.

Theron attended the latest premiere of her new film in Berlin on Monday wearing an ensemble totally worthy of her kickass on-screen persona. For the latest stop, the actress chose a white cotton triangle bralette with Christian Dior-branded straps and band, pairing it with a white leather mini skirt, also by Dior, with a high rise and slight boning through the waist.