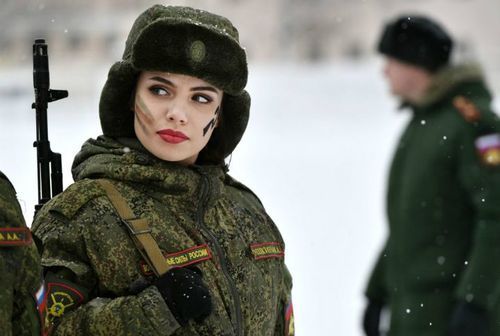 Women have always been integral to Russia’s armed forces, be it the Frontline or behind the line. There are about 160,000 women in the Russian Army right now and that makes around 10% of the total strength of Russia’s military. The women’s Batallion of Death during the World War I had struck fear inside the enemies. In the year 1917, Maria Bochkareva, a peasant became a decorated colonel and led soldiers against the Australian and the German troupes.

Top 27 Most Gorgeous Female Politicians Around The Globe

Meet The 12 Hottest Vegetarian Women In The World

20 Female Celebrities Who Are Forever Young

Top 30 Most Beautiful Women In The World