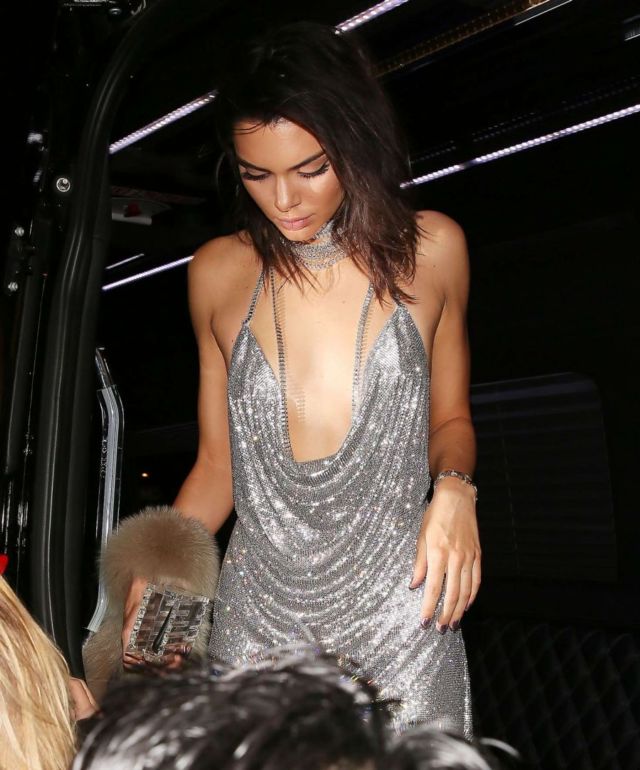 Kendall Jenner officially turns 21, but the top model kicked things off early last night with a big birthday party at Catch in Los Angeles. (The newly opened West Coast outpost of the New York restaurant has quickly become one of L.A.’s hardest reservations to snag, with celebs like Cindy Crawford, Alessandra Ambrosio, Bono, and David Beckham frequenting it.) Jenner, who arrived in a plunging silver minidress and then changed into a backless jumpsuit and fur stole, was joined at the popular West Hollywood seafood restaurant by family (including Kim Kardashian West, Khloé Kardashian, Kourtney Kardashian, Kris Jenner, Caitlyn Jenner, and her grandma Mary Jo Campbell—Kanye West was busy performing at The Forum in nearby Inglewood), as well as close friends (Hailey Baldwin and Justine Skye).